Order of the Eastern Star

Eastern Star a Life of Love,
Masonry a Way of Life!


It is with careful consideration, consultation with the Jurisprudence and Advisory Committees,
and a great deal of sadness that our annual 115th Annual "Paws in the Snow"
Grand Chapter Session, has been postponed until October 7-9, 2021.
Here is the Worthy Grand Matron's letter regarding that postponement.

Here is the MW Grand Master's order regarding Masonic closures.

Here is the Worthy Grand Matron's letter regarding Covid-19.

Here is the Most Worthy Grand Matron's letter regarding Covid-19 and member safety.

Here is a Video about Eastern Star support of the Service Dogs charity! 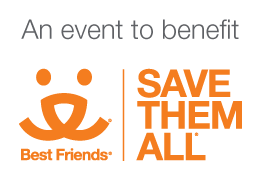 Best Friends: Charity Event, "Movie at Brewvies!" have both been cancelled.
Donations for these worthy charities as well as the Ed Fund and ESTARL Fund can be made through your Chapter Secretary. Please give generously.

The Grand Chapter of Utah has been saddened by the recent loss of too many great leaders of Utah Eastern Star.

Past Grand Patron and friend to all, Stanley R. Strader passed away June 29th, 2019.
His memorial service was held July 13th. His Eastern Star memorial is here.

Past Grand Matron Raelyne Estep passed away September 20th after a valiant battle with Cancer.
Her Eastern Star memorial can be found here.

Past Grand Patron and Past Grand Master Bruce R. Betts passed away November 10th, 2019.
following his long, courageous battle with Cancer. His Eastern Star Memorial can be found here.

Past Grand Patron Tom Tucker passed away May 18th, 2020 at the age of 84.
The brethren of Twin Peaks Lodge #23 attended to pay their respects, thank you Brethren.

Our Condolences to the families of these five wonderful members. May they rest in peace.

General Grand Chapter of the Order of the Eastern Star has a Permanent Disaster Relief Fund.
This has been used for hurricane and earthquake relief and will be used to provide aid to victims
of disasters throughout our Eastern Star World.
Please contribute generously through your Chapter Secretary.

Here is a YouTube video about the Mansion.        Here are more details about the Mansion.
Congratulations to Sister Paula GGC Trustee Emeritus, her Board of Trustees
and GGC Secretary Alma Lynn Bane for their care of our Headquarters!
A 501 (c) 3 foundation is now available for tax deductible donations!

What is the Order of the Eastern Star?

The Order of the Eastern Star is the largest fraternal organization in the world to which men and women may belong.
It encircles the earth with over 5,500 Chapters in the United States, Canada, and 13 other countries.
Though its teachings are based on the Bible the Order of the Eastern Star espouses no religion and is neither secret nor political.
Its members are comprised of men who are Master Masons and women with specific Masonic relationships.
Millions of dollars are raised annually within its membership for numerous projects which benefit mankind.
Many national and local charities are among the projects supported by its members.
Through this fraternal service to humanity, its members strive to build a better, more fulfilling way of life for all.

Please tell us what you think about this site.
Send your comments and suggestions to the Webmaster